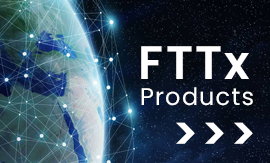 The unit is set up via the on-screen display menu, using a handheld infrared remote control, or navigation keys on the front panel of the receiver. User-editable presets are provided for quick re-tuning to other broadcasts. The receiver also supports a Web interface and SNMP control via the Ethernet port as an option.

This receiver is capable of receiving a DVB/MPEG compliant free-to-air broadcast.

Supporting the PowerVu conditional access with DES or DVB de-scrambling, or DVB Conditional Access Module (CAM) based DVB CA systems, this receiver can be used to receive secured corporate communication of video, audio and/or data broadcast. It can also be used for secured delivery of TV programming to hotels, MDUs, homes & commercial establishments such as restaurants, stores, etc. Data outputs can be used for distribution of documents, price lists, and video files, etc. Utility data (RS-232) can be used for smaller file transfer at a slower speed. DVB MPE IP data via an Ethernet interface allows for connection to a local area network for larger file transfer and/or communication with multiple network clients.